In a very interesting preliminary study, researchers, Jill M. Hooley and Sarah A. St. Germain (Department of Psychology, Harvard University) explored the question, does changing beliefs about the self change pain endurance in people who self-injure (Hooley & St. Germain, 2014)? In a nutshell, the results of this study suggested the answer can be yes.

END_OF_DOCUMENT_TOKEN_TO_BE_REPLACED

July 09, 2014 in Articles,Self-Injury,Working with people who self-injure

The Cornell Research Program on Self-Injury and Recovery (formerly The Cornell Research Program on Self-Injurious Behaviors) launched their great new name this month along with a redesigned website that is amazing! This is an excellent resource for learning about self-injury, finding links to other resources, and for the on-going research the team conducts in the field. Check it out by clicking here.

My congratulations and appreciation to the CRPSIR team!

August 28, 2013 in Announcements and Reminders,External Resources,Self-Injury,Working with people who self-injure

Early summer greetings! I received information this week on a soon to be occurring research study that has room for more participants. The study is on the effectiveness of an online education program for parents who have children between the ages of 12 and 20 who have engaged in self-injury within the last year. It is being conducted by Cornell University and the 3-C Institute for Social Development in Cary, NC.

Below is the call for participants END_OF_DOCUMENT_TOKEN_TO_BE_REPLACED 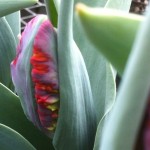 Early March greetings to you!

Here you can view and download the handout, Understanding Self-Injury-Five Key Concepts (pdf). Please feel free to share it with anyone who you think might find it useful.

If you are a helping professional looking for in-depth information to assist you in your work with individuals who self-injure, check out the resource, Working With People who Self-Injure: A Resource Guide for Helping Professionals. END_OF_DOCUMENT_TOKEN_TO_BE_REPLACED

Recently, I read the book Tattoos on the Heart: The Power of Boundless Compassion by Gregory Boyle (2010, Free Press). I do not remember how I learned of the book (I am thinking it may have been a library search) but for whichever way it came across my path, I’m glad that it did.

Gregory’s writing is filled with insights I could spend the next decade (if not the rest of my life) reflecting on and trying to live by and inspire. He is an ordained Jesuit Priest who worked for 20 years in the Boyle Heights of Los Angeles: END_OF_DOCUMENT_TOKEN_TO_BE_REPLACED

I’m happy to share a relatively new Canadian web resource now up and running headed by Dr. Stephen Lewis from the University of Guelph and Dr. Nancy Health from McGill University. Both have been conducting valuable research in the field along with their team.

The website, Self-injury Outreach & Support, is a collaboration between the two universities and can be found at www.sioutreach.org.

Today I would like to share a quote from a wonderful little book I read in the fall by Jon Kabat-Zinn called Arriving at Your Own Door: 108 Lessons in Mindfulness. END_OF_DOCUMENT_TOKEN_TO_BE_REPLACED

Given the way the DSM-IV-TR is structured, where disorders are grouped based on similar symptoms, there is no other obvious place to locate self-injury as an Axis I disorder. Nevertheless, when thinking about how best to classify self-injury, I believe it is important to enter the larger discussion of whether the current classification of disorders needs to be adjusted to reflect higher order factors involved. END_OF_DOCUMENT_TOKEN_TO_BE_REPLACED

Is self-injury an impulse disorder?

If self-injury were to become a mental disorder in a future edition of the Diagnostic and Statistical Manual of Mental Disorders [DSM], where should it be included? Advocates for a repetitive self-injury syndrome have suggested it be listed in the class of disorders that are referred to in the DSM-IV-TR as “Impulse-Control Disorders Not Elsewhere Classified”. END_OF_DOCUMENT_TOKEN_TO_BE_REPLACED