I wrote a poem this week after a monthly meeting with a group a cherished colleagues. I described the poem as a kind of collage of things. Later today (with the help of some feedback), I thought that perhaps it could be a nice poem for this longest night—this year’s winter solstice—as well as being a fine poem for any other moment. I’m sharing it here in two photographs.  END_OF_DOCUMENT_TOKEN_TO_BE_REPLACED 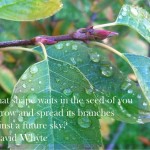 David Whyte is a poet who has offered so much richness to me through his poetry, offered me feelings of inspiration, aliveness, resonance. Re-reading some of his writing recently, these lines from the poem, What to Remember When Waking, stopped me in my tracks.  END_OF_DOCUMENT_TOKEN_TO_BE_REPLACED 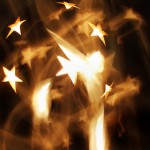 In the book, Mindful Compassion, you will find an important sub-heading: “Mindfulness of the Chaotic Mind, Not Just the Still Mind” (see chapter five). The book is written by psychologist, Paul Gilbert, and mindfulness and compassion meditation instructor, Choden. The 10-word sub-heading is so important, containing a key concept, practice, and lesson in and of itself. END_OF_DOCUMENT_TOKEN_TO_BE_REPLACED