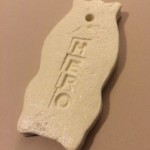 I received a card once with the Maya Angelou quote on it, “I think a hero is any person really intent on making this place a better place for all people”. It is a quote that has come to my mind at different points over the years since I first read it.

END_OF_DOCUMENT_TOKEN_TO_BE_REPLACED

Yesterday I watched from my neighborhood as Canadian military personnel arrived in a helicopter and, from that hovering helicopter, rescued a crane operator who was trapped at the end of the arm of the crane, due to a huge fire and smoke below the crane (and the crane’s cab). I also witnessed, as so many others have, the swift, prolonged, and skilled actions of numerous fire fighters, police, and other emergency responders and technicians, as well as volunteers END_OF_DOCUMENT_TOKEN_TO_BE_REPLACED