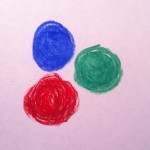 Compassion is the courage to descend into the reality of human experience. —Paul Gilbert, founder of Compassion Focused Therapy

This quote appears toward the end of a fantastic, very moving animated short-film that psychologist, Dr. Charlie Heriot-Maitland, worked on with animator Kate Anderson. It is the story of Stuart who experiences internal voices that criticize him, frighten, and overwhelm him, and of his journey of gaining confidence END_OF_DOCUMENT_TOKEN_TO_BE_REPLACED 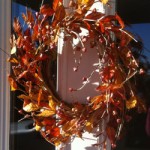 Recently, someone said to me an approximation of, “I have breathed in the kindness you have offered me.” In response, I thought, “Wow, what a beautiful, honouring, and powerful thing to do END_OF_DOCUMENT_TOKEN_TO_BE_REPLACED

October 28, 2014 in Articles,Compassion,Self-Compassion,Working with Emotion 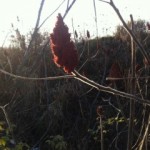 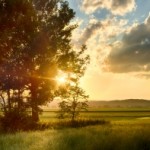 END_OF_DOCUMENT_TOKEN_TO_BE_REPLACED

I really enjoyed this book by psychologist, Lynne Henderson. You can find the book’s publication details, as well as a brief summary of my praise in the IC resource section here! 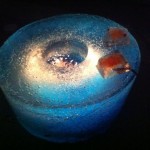 This weekend, I had the great pleasure of candlelight, a handmade quilt, and a book (as well as other things). I read the book, How To Be Sick: A Buddhist-Inspired Guide for the Chronically Ill and Their Caregivers, by Toni Bernhard. I heard about the book on Facebook of all places and via Tara Brach, author of Radical Acceptance. END_OF_DOCUMENT_TOKEN_TO_BE_REPLACED

This week, I would like to share a video I came across in the spring that I found interesting and inspiring. It’s a documentary of a pilot program that was run through Veterans Affairs in Seattle teaching to veterans mindfulness meditation, loving kindness meditation, and concepts related to compassion for oneself and for others.

The veterans in the group were all suffering in various ways, which you learn snippets of over the course of the video. The group members also experience positive changes over the program, END_OF_DOCUMENT_TOKEN_TO_BE_REPLACED

Today I would like to share a quote from a wonderful little book I read in the fall by Jon Kabat-Zinn called Arriving at Your Own Door: 108 Lessons in Mindfulness. END_OF_DOCUMENT_TOKEN_TO_BE_REPLACED

Today I watched the talk “How Economic Inequality Harms Societies” given by Richard Wilkinson at TED.com and I wanted to share it. The presenter speaks of the compelling relationship between the degree of income disparity in a country and the degree of health of the individuals who live there. Over and over again, the findings suggest that the greater the disparity, the poorer will be all the people’s health in that country, including people’s mental health. END_OF_DOCUMENT_TOKEN_TO_BE_REPLACED

Sitting on my counter for the past while has been a beautiful, locally, lovingly, organically grown baking pumpkin. This weekend, it was time to use it, and I opted to make gluten-free pumpkin muffins. One of the first steps, after washing it, was to cut the pumpkin open. Trials with five separate knives later, mission was accomplished.