Is self-injury an impulse disorder?

If self-injury were to become a mental disorder in a future edition of the Diagnostic and Statistical Manual of Mental Disorders [DSM], where should it be included? Advocates for a repetitive self-injury syndrome have suggested it be listed in the class of disorders that are referred to in the DSM-IV-TR as “Impulse-Control Disorders Not Elsewhere Classified”. END_OF_DOCUMENT_TOKEN_TO_BE_REPLACED

To date, there is no specific diagnostic category in the Diagnostic and Statistical Manual of Mental Disorders IV-TR [DSM-IV-TR] that addresses a pattern of repetitive self-injury as a separate syndrome although some have suggested it be included (e.g., Favazza & Rosenthal, 1993; Muehlenkamp, 2005; Pattison & Kahan, 1983). Self-injury is listed as a symptom of a mental disorder in some instances END_OF_DOCUMENT_TOKEN_TO_BE_REPLACED

Non-suicidal self-injury (hereafter referred to as self-injury) is the intentional hurting of one’s body by oneself, done in a physical way without conscious suicidal intent but for the general purpose of relief. Acts of self-injury fall outside the realm of what is currently viewed as socially acceptable behaviour (Whitlock, Eckenrode & Silverman, 2006). The purpose of this article is to twofold. First, it is to provide readers with a brief overview of this clinically relevant behaviour. Second, it is to explore diagnostic issues as they relate to self-injury including a consideration of the potential usefulness of utilizing both symptoms of self-injury, as well as underlying processes involved for diagnostic conceptualizations. END_OF_DOCUMENT_TOKEN_TO_BE_REPLACED

Non-suicidal self-injury is the intentional hurting of one’s body by oneself, done in a physical way without conscious suicidal intent but for the general purpose of relief. The present article provides a brief overview of self-injury and considers whether or not self-injury should be designated as a separate mental disorder, as well as how it might best be classified. END_OF_DOCUMENT_TOKEN_TO_BE_REPLACED

It is the dog-days of summer. My creative energies have focused more on photography and collage work instead of writing. To give the IC Blog some attention while savouring the remaining days of summer (and working), I have decided to dust off a paper I wrote in the fall of 2009 and present it here in a series of posts. END_OF_DOCUMENT_TOKEN_TO_BE_REPLACED

He accepted–really accepted whole-heartedly–that he was angry and jealous, that he resisted and struggled, and that he was afraid. He accepted that he was also precious beyond measure–wise and foolish, rich and poor, and totally unfathomable. He felt so much gratitude that in the total darkness he stood up, walked toward the snake [a source of great fear], and bowed.
–Pema Chodron, When Things Fall Apart, p. 5; [square bracket text added by Tracy]

I believe concepts of self-compassion and emotion regulation are closely related. One aspect that can be found in both is the intention and action of honouring. END_OF_DOCUMENT_TOKEN_TO_BE_REPLACED 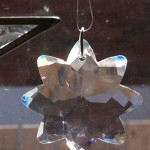 …..sometimes it is necessary

to reteach a thing its loveliness…
-Galway Kinnell

Do you know your loveliness?

Sometimes, this is the heart of helping work: to help reteach a thing–another human being–its loveliness. END_OF_DOCUMENT_TOKEN_TO_BE_REPLACED

April 10, 2011 in Articles,Working with people who self-injure

One of my many interests, as well as convictions, relates to the importance of stillness, of contemplation, slowness, quiet. This month, I finished reading Brené Brown’s book, The Gifts of Imperfection, subtitled, Let Go of Who You Think You’re Supposed to Be and Embrace Who You Are…Your Guide to a Wholehearted Life. In this book, Brené draws on qualitative research she conducted exploring topics of shame, fear, and vulnerability, as well as resilience, and the power of embracing vulnerability and imperfection. END_OF_DOCUMENT_TOKEN_TO_BE_REPLACED

You have perhaps heard the expression, “begin wherever you are,” — and of course that’s all we can do really at any point in time. You have to start right here with what is happening and how you are feeling and where you are. However, you may have also heard the suggestion to try to act as if you are somewhere or someone else. If you are shy, the instruction might be to act as if you are out-going, to consider what an out-going person would do in the situation, and then go and do that. There are many contradictions and there can be value and truths in both. END_OF_DOCUMENT_TOKEN_TO_BE_REPLACED